Pork Loin Roast is a tender and juicy cut of pork that looks elegant and tastes fancy!! Spoil your fam with this simple recipe for Boneless Pork Loin Roast with an Orange Glaze. 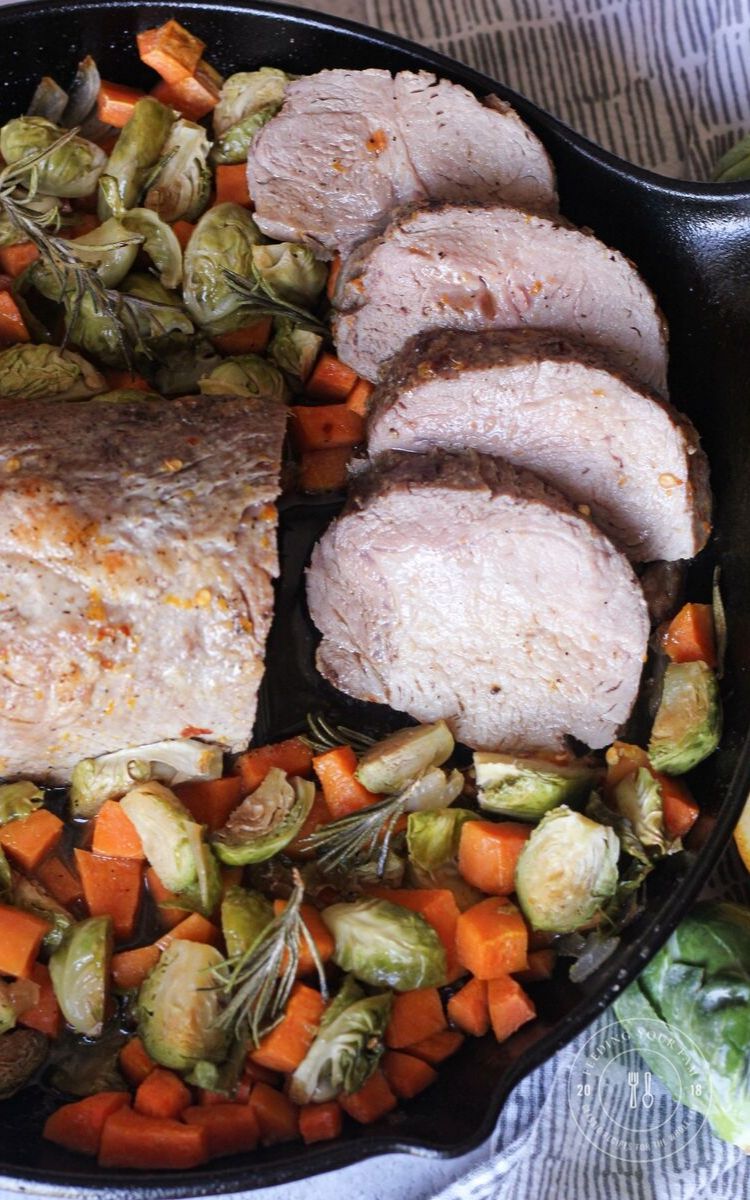 We just love this pork loin roast! Pork, cooked just perfectly can be so flavorful, tender and juicy!! The addition of the Orange Glaze just adds to the flavor and tenderness! This boneless pork loin roast is just easy enough to make for a weeknight dinner or perfect for a Sunday meal!!

How to Cook Pork Loin Roast

This easy pork loin roast recipe has just a few steps to prep and get in the oven to bake. The first step for this pork loin recipe is to prepare the roast. The roast should be ready to go from the butcher, if not, trim off any excess fat before seasoning.

Prepare the roast by seasoning liberally on each side with salt and pepper. 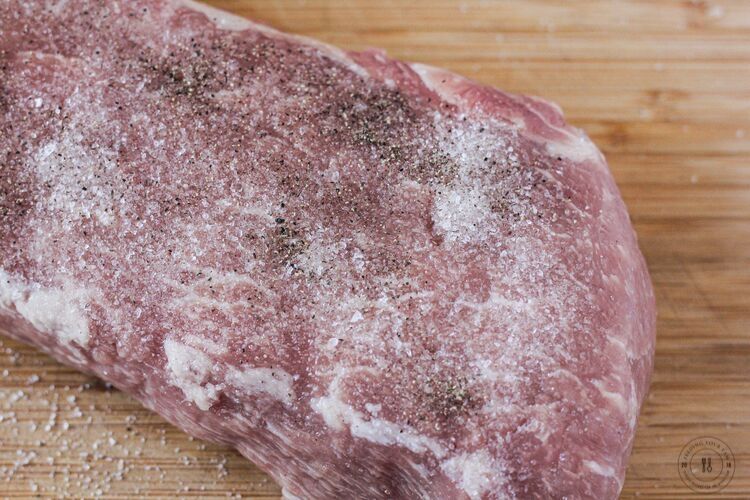 In a large cast iron pan or skillet, heat olive oil and sear the roast on each side. You want the pork roast to be just browned on east side, so sear it for 3-4 minutes on each side.

Once your roast is seared, add in the vegetables, drizzle with the orange glaze and place in a 350ºF oven. 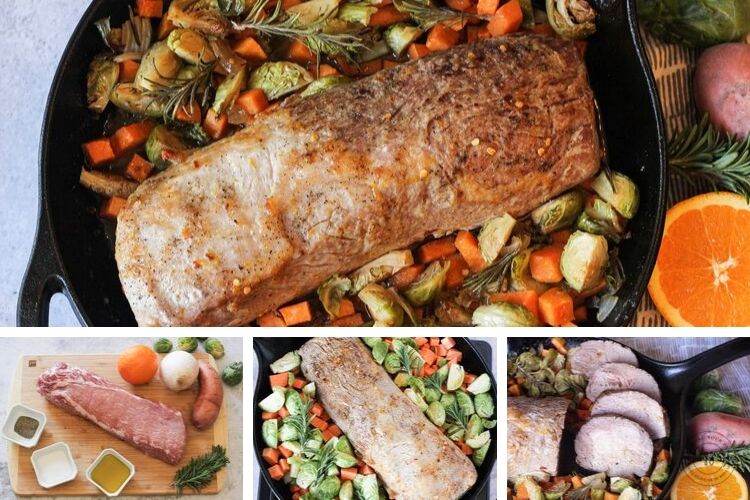 Once you have placed your pork roast in the oven, you will want to roast it for 15-20 minutes per pound. The roast used for this recipe was 2 1/2 pounds and took about 40 minutes to cook to an internal temperature of 145ºF.

For tender, juicy pork cook the roast until the internal temperature reaches 145ºF. The best way to measure the temperature is with an instant read thermometer. If you would like your roast to be more well done, you can cook it to 165ºF.

Remove the pan from the oven and allow to rest at least 10 minutes before slicing and serving.

All you need to make this delicious and easy pork loin roast recipe is: 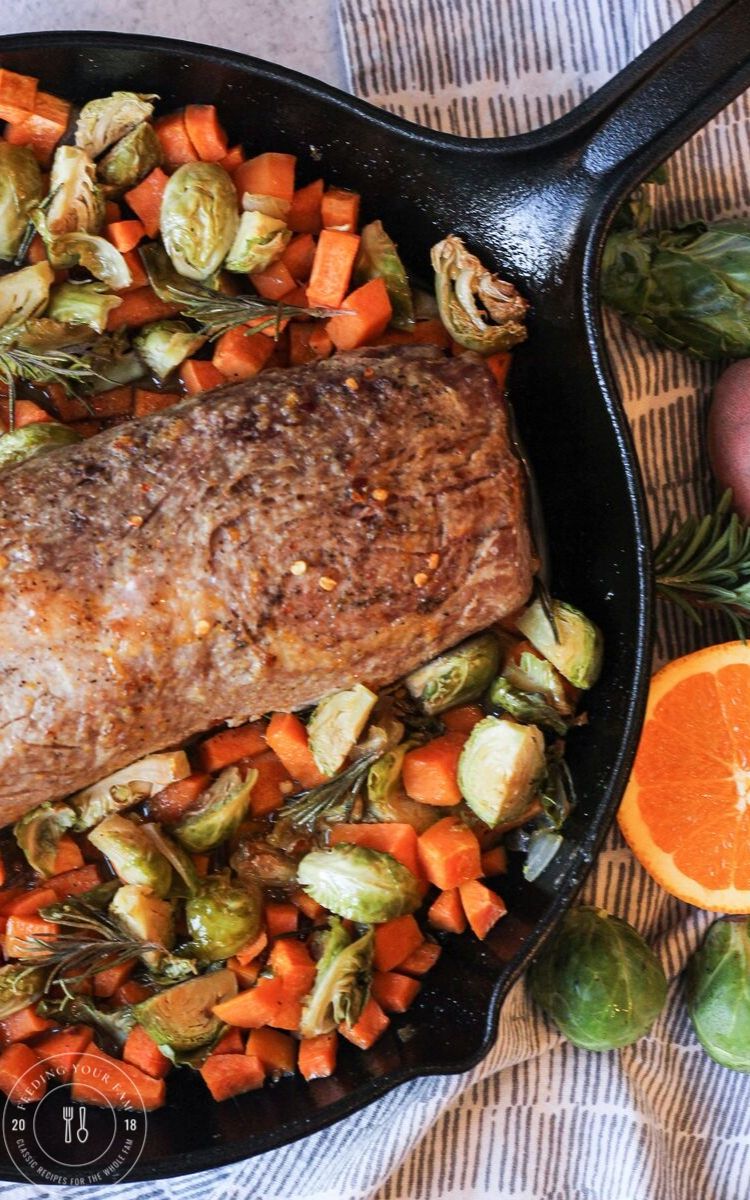 I know, you might be thinking I’m crazy for combining fruit and meat.  Let me just tell you how good the orange tastes with this pork!! It is incredible! It really adds so much flavor and it is not overpowering. If eating fruit with meat is something new for you, don’t be afraid, I really think you are going to like it!! 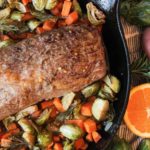