This is not your typical pumpkin bread! Coconut Pumpkin Bread is laced with delicious tropical coconut goodness. You won’t go back to that chocolate chip recipe after tasting this one!! 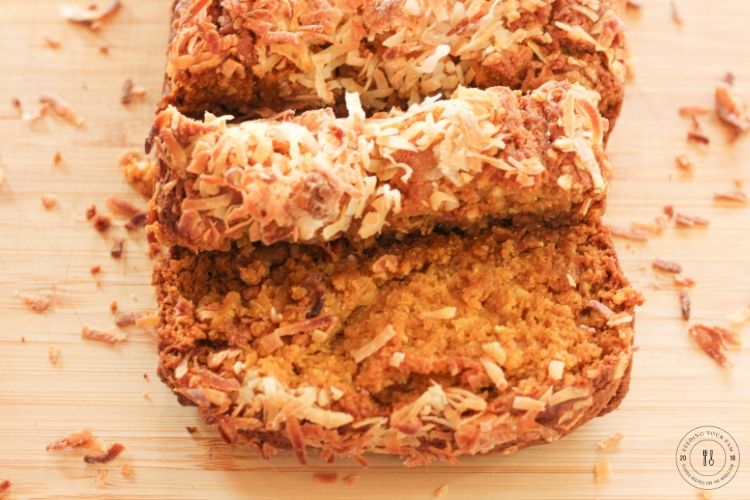 Pumpkin bread is one of those classic recipes we all turn to when the weather starts to cool and the leaves start to change color, oh and the pumpkins are ripe of course!

This recipe is made with coconut oil, which adds so much moisture and a little touch of flavor. If you don’t want to add the oil, applesauce is always a great substitute in these sweet bread recipes. 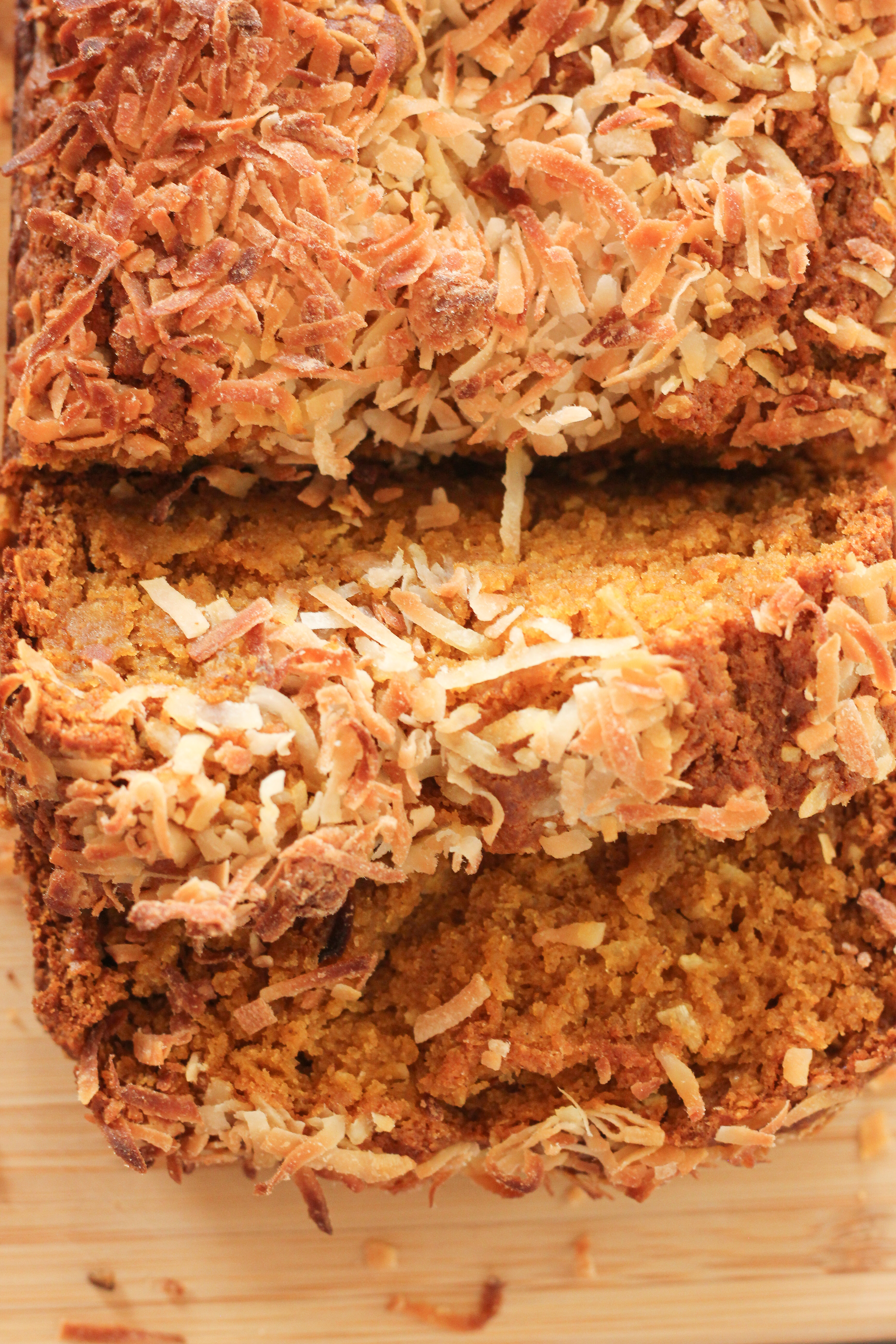 How to Make this Easy Coconut Pumpkin Bread

First, in a stand mixer or in a large bowl with a hand mixer, combine the coconut oil, pumpkin puree, sugar and eggs. Mix until smooth.

In a separate mixing bowl whisk together the flour, spices, soda, salt and pudding. When the dry ingredients are combined, add them to the wet ingredients in the mixer. Continue mixing the batter until the ingredients are all incorporated. 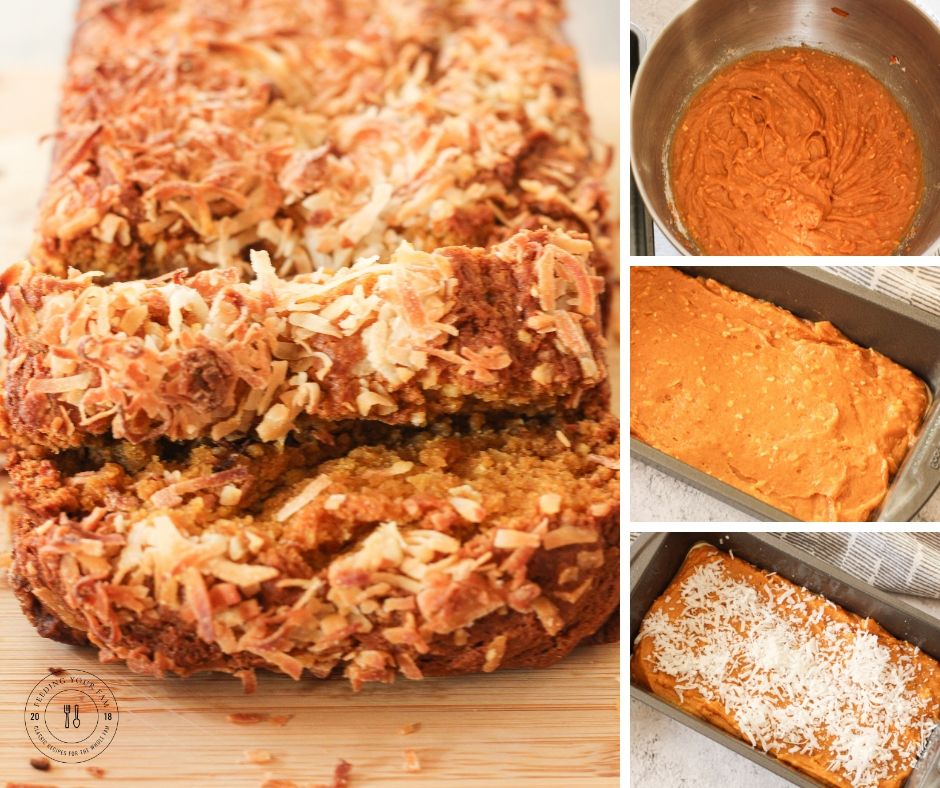 Pour the batter into a greased 9 inch bread pan, sprinkle with 1/4 cup shredded sweetened coconut. Place in a 350ºF oven. Cook for 45-55 minutes until a toothpick comes out clean.

The pudding really makes all the difference in this pumpkin bread recipe! It adds so much flavor and moisture. It is not overpowering, but a nice compliment to the pumpkin. This recipe makes one loaf, but can easily be double to make and freeze another for later or one to share.

Topping the bread with some sweetened coconut adds a nice tasty crunch. If you feel the coconut is getting to toasty before the bread is cooked all the way through, you can simply put a piece of foil over the top. 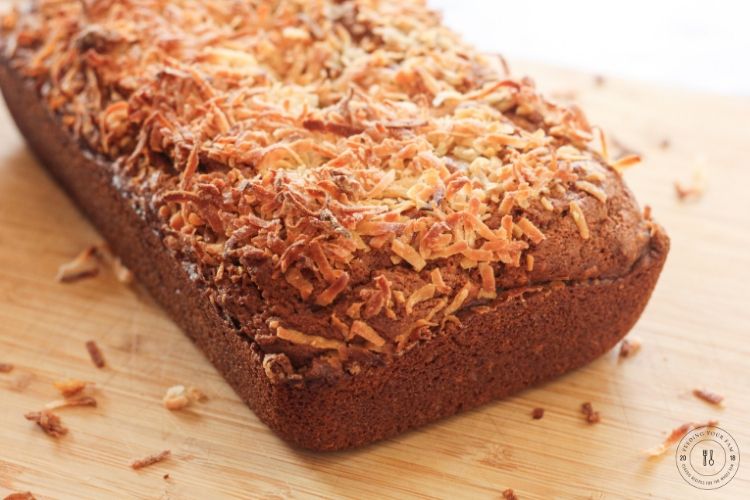 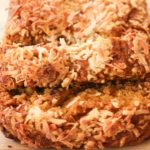