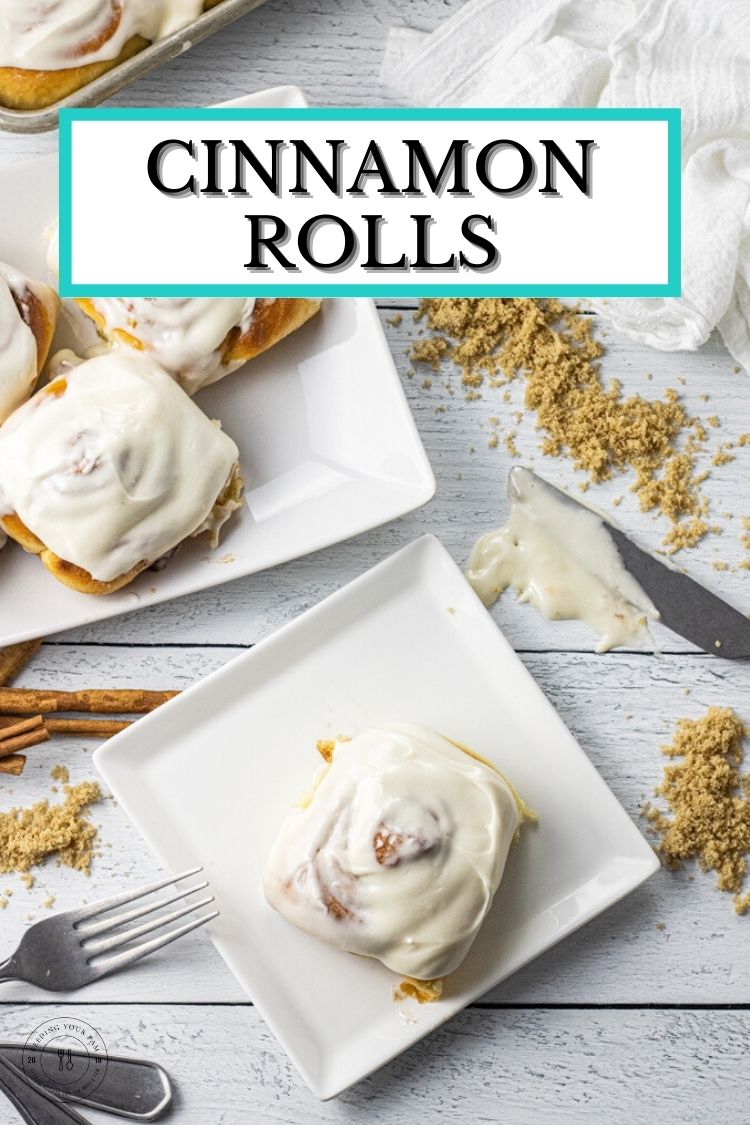 You can just picture it now, Sunday morning and everyone is just waking up as you are taking a warm pan of Cinnamon Rolls from the oven. You totally deserve all the praise for making them these delicious cinnamon rolls, they will be singing your praises, but it can be our little secret how easy these are to make!!

This is my go to Cinnamon Roll Recipe because they can be ready in just one hour and then you are in cinnamon roll bliss!!

Tightly roll the dough from one long end to the other. To cut the cinnamon rolls a few methods can be used.

Place the uncooked cinnamon rolls onto a greased baking sheet, leaving a little space for them to rise in between each roll. Cover the pan with a clean kitchen cloth and allow them to rise for at least 30 minutes up to an hour.

Place the cinnamon rolls on the center rack of a 400º F oven and bake for 12-15 minutes, until they are golden brown on top, about 12-15 minutes. They will continue to rise as they are baking.

Let’s not forget the best part of this cinnamon roll recipe, the cream cheese frosting! This frosting is so easy to make and takes these cinnamon rolls over the top!!

Start with room temperature cream cheese and butter, mix with an electric mixer until smooth, then add in the vanilla, sugar and milk.

Can you Freeze Cinnamon Rolls?

The answer here is, YES!! To freeze this cinnamon roll recipe, prepare the cinnamon rolls to the point you put them on the pan. If you can place the rolls on the pan and cover with plastic wrap and place in the freezer for at least an hour.

After the hour, the rolls should be frozen, then you can place the rolls into a zip top freezer bag and they won’t stick together. Place in the freezer for up to three months.

To cook, place on a greased baking sheet and allow to thaw, covered, for 2-3 hours then bake as directed.

Tried it and just loved it? Leave me a rating! I would love to hear how it turned out for you! Or even snap a photo and tag me on Instagram @feedingyourfam or #feedingyourfam so I can see what you made!

Print Recipe
No ratings yet

Other Breakfast Recipes to Serve with Cinnamon Rolls:

Time to Feed Your Fam

Hey there!! I'm Sarah and I am so happy you have stopped by!! I love cooking and sharing family friendly recipes that can be easily thrown together, because let’s be honest, cooking for a family can sometimes be like a really bad episode of Chopped!! Find your next meal here!!