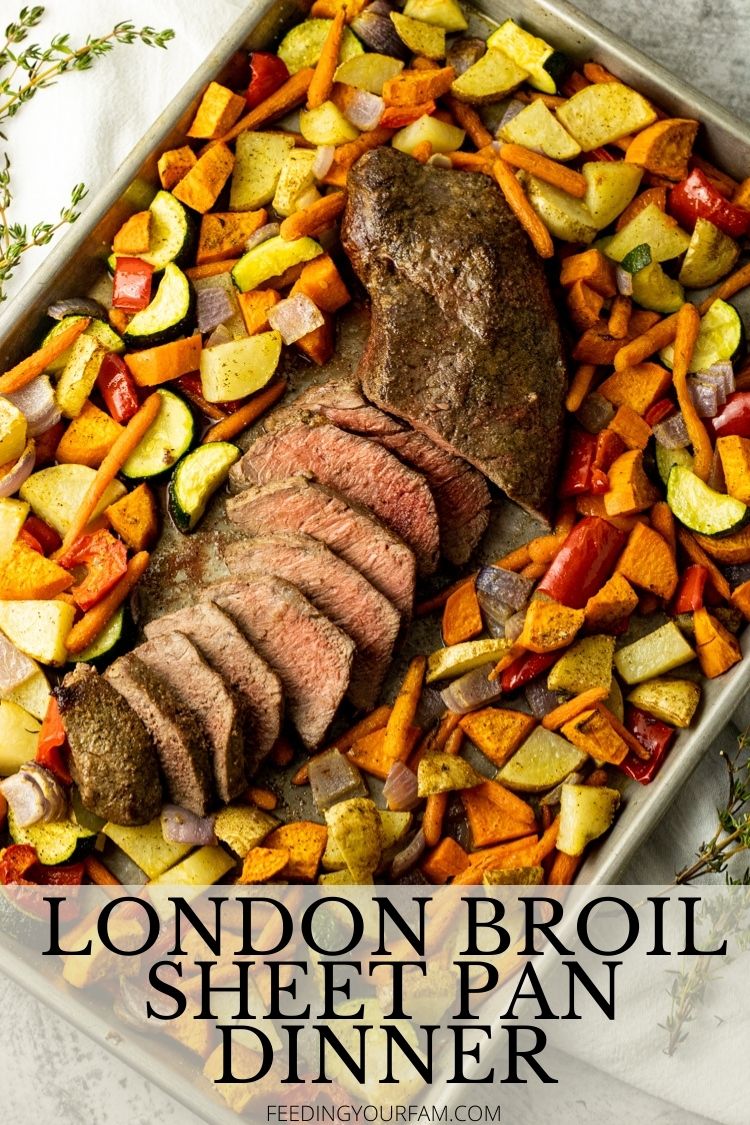 This London Broil Sheet Pan dinner is a meal all on one pan. The London Broil is seared and then cooked in the oven alongside a colorful array of vegetables. The roasted vegetables are perfectly seasoned and cooked to tender on the inside, crisp on the outside. Easy, quick meal that looks like it took all day! 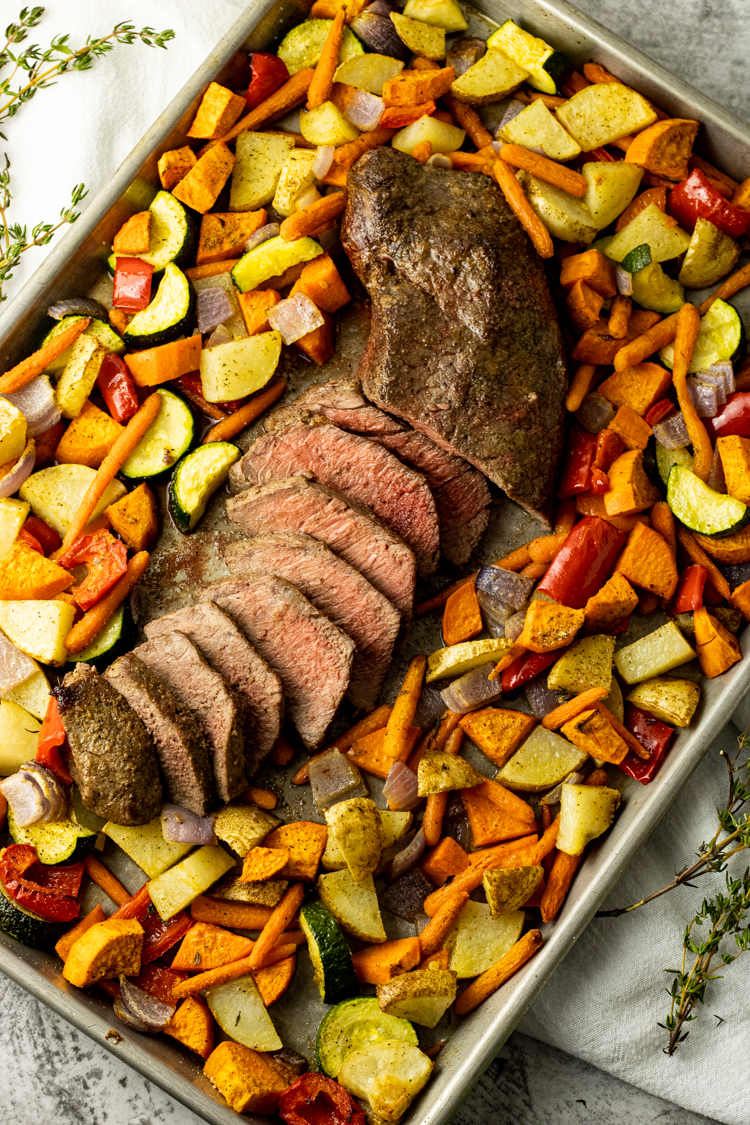 What is London Broil?

For me a London Broil is what this beautiful cut of meat is labeled at my local grocery store. However, it really is just a top round roast.

London Broil actually refers to the method in which either a flank steak or top round is cooked, which is to marinade the meat and then cook hot and fast. Which, in this recipe….I am not doing. I think it has become more common that London Broil now refers to the cut of meat, and you can readily find these available at your local butcher or grocery store.

The London Broil Top Round is what you are looking for when making this recipe, it is a bit thicker than a flank steak, although either could be used if flank is all that you can find. 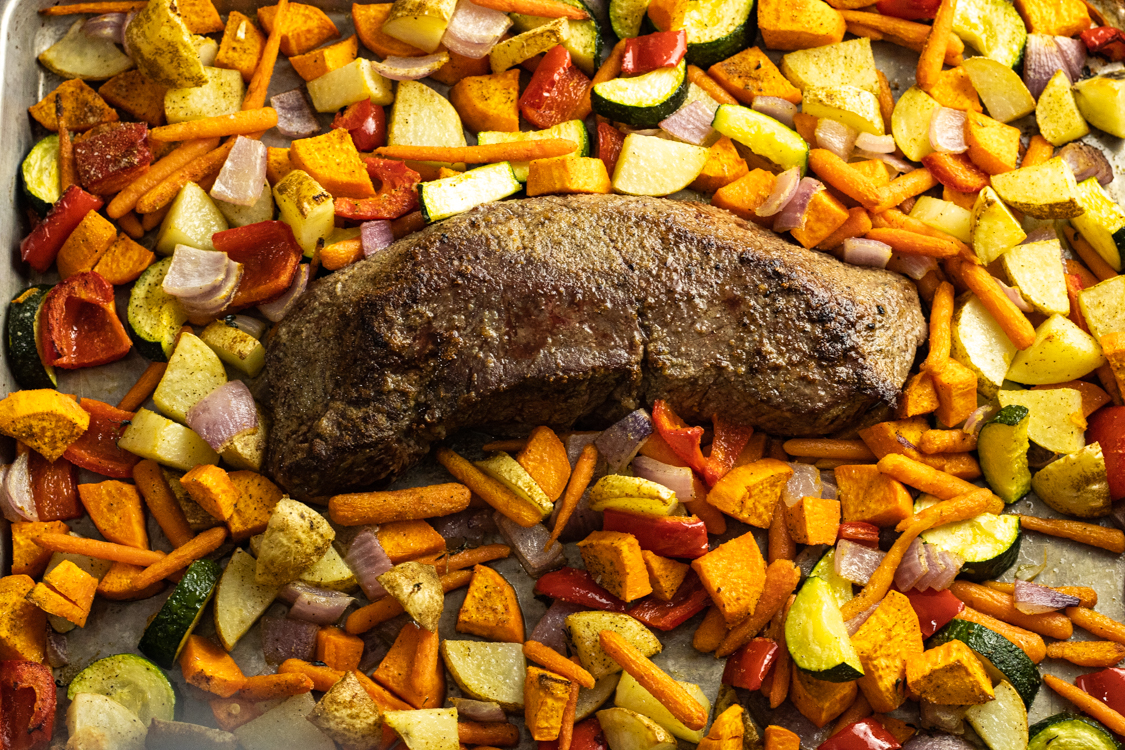 How to Cook London Broil

To get started, get your top round out of the refrigerator and allow to sit at room temperature while you prepare the vegetables for the oven.

Slice all of the vegetables into roughly the same sizes. Place the vegetables either on the greased sheet pan or in a large bowl. Drizzle with olive oil. Spread out on the pan and season with the seasoning mixture or salt, black pepper, garlic powder, and thyme, or you can try making your own simple Homemade Steak Seasoning.

Place the vegetables in a 400ºF oven and allow to bake while you prepare the roast. 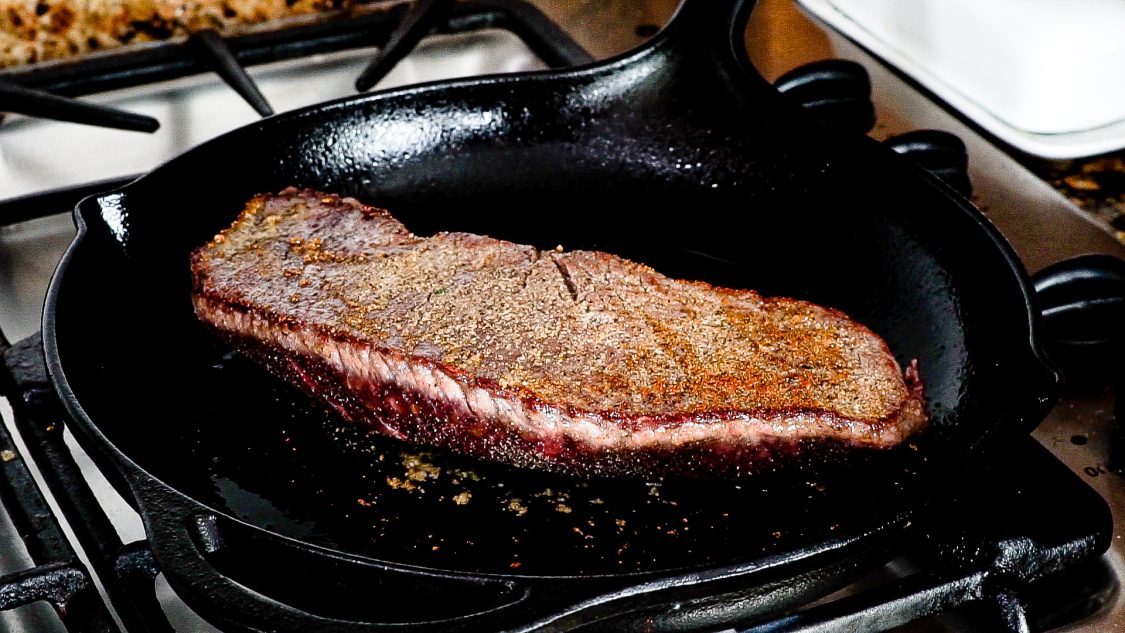 To prepare the top round roast, take out of the packaging and season liberally on both sides with the same seasoning that was used to season the vegetables.

Place a cast iron pan or large skillet over medium high heat. Pour in 1 tablespoon of olive oil. Place the roast in the pan and brown on each side for 3-5 minutes. Cook the roast just until it is browned on both sides.

Once the roast has browned, remove the vegetables from the oven and make a space in the center of the pan for the steak. Give the vegetables a quick toss and place the pan back into the oven.

What Temperature to Cook London Broil to

You can easily adjust this recipe for your own fam! We like our roast at a nice Medium temperature, so I plan on cooking to about 130ºF.

The following is a guide for what final temperature you would cook it to from Rare to Well Done.

The best way to check the doneness of your steak is with an instant read thermometer.  Just place the thermometer into the thickest part of the steak and let it do its job. 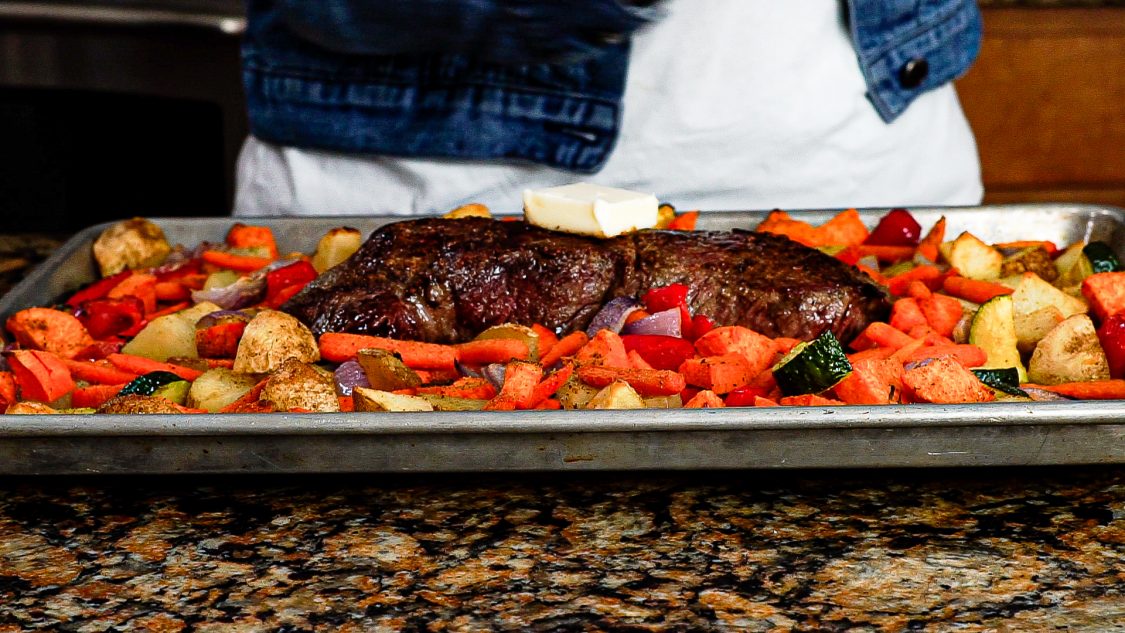 After the steak has reached your desired doneness, remove from the oven and place a tablespoon of butter on the steak. Cover the whole pan with foil and allow to rest for 5-10 minutes.

Remove the roast from the pan after it has rested and slice against the grain into thin slices. Looking for other simple ways to cook steak in the oven? Check out this simple step by step recipe. 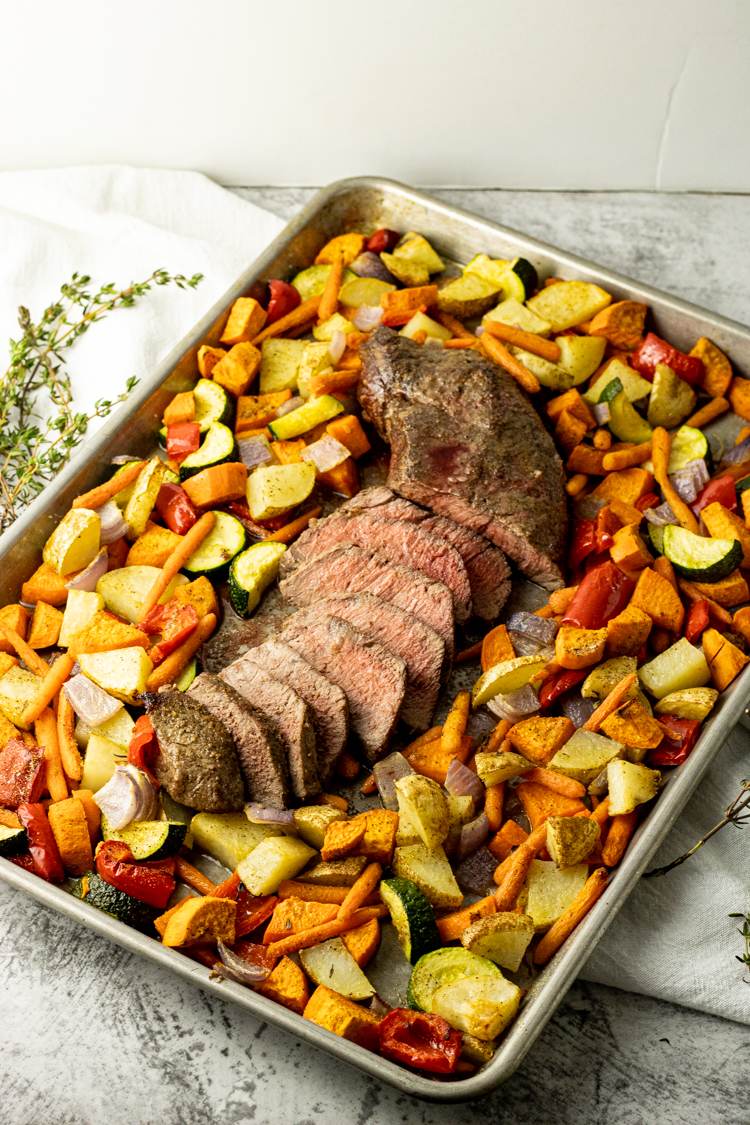 Stay in touch with me on Facebook, Instagram and YouTube for more simple, quick, family friendly meals!  Let me know down in the comments if you give this recipe a try and how it turns out for you! 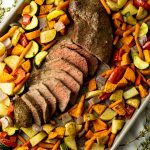 This London Broil Sheet Pan dinner is a meal all on one pan. The London Broil is seared and then cooked in the oven alongside a colorful array of vegetables. The roasted vegetables are perfectly seasoned and cooked to tender on the inside, crisp on the outside. Easy meal that looks like it took all day!